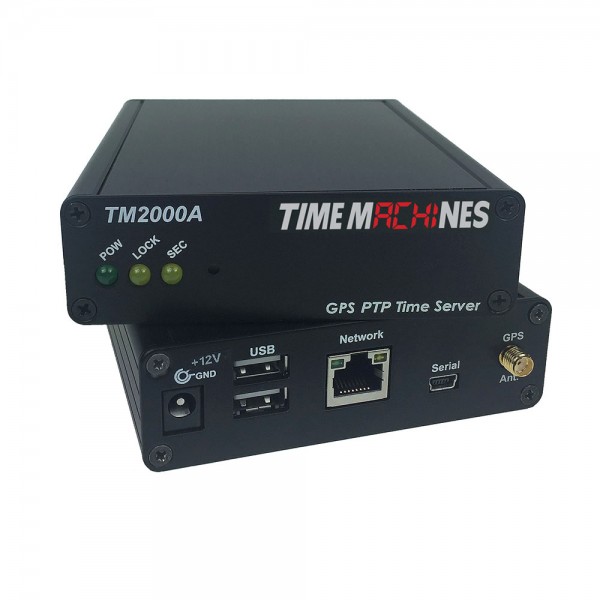 The TimeMachines GPS NTP/PTP Network Time Server represents a major step forward in capabilities at a breakthrough price point. It will supply accurate time for all computers and time keeping devices on the network. Supporting both Precision Time Protocol (PTP) and Network Time Protocol (NTP), a Stratum 1 time source can now be available on the local network with no need for an internet connection. The system uses an active GPS antenna to maintain the current time as broadcast by GPS satellites planet wide. In addition, a high stability OCXO reference clock is included that allows the unit to serve time if GPS lock is lost for periods of time. The unit is small and can be placed anywhere within the network layout. The built in high sensitivity GPS receiver is able to lock multiple satellites from within many buildings or from a window location, removing the requirement that outdoor antennas be installed in many applications.

PTP and NTP at a breakthrough price:
Until now, a PTP capable time server started with at $5000 and went up from there. The TM2000A provides both Multicast and Unicast PTP protocols to up to 50+ devices. Its high precision reference clock allows for several hours of GPS signal loss.